215. How Make PHP Site Compliant with Privacy Laws like LGPD and GDPR
215. How To Generate Blockies Identicon Images in PHP to Show a Graphical Representation of a Text String
215. How to Wiki GitHub Pages Automatically for PHP Projects using PHPDocumentor
215. Tracking PHP API Accesses using Google Analytics Part 2: Recording API Accesses
215. How to Prettify PHP Code to Display it in a More Readable Way

There are several ways to detect what language text is written in and it is all made even more simple using a web service. The question is, how do they do it? This article will not only discuss using one of these web services but also look at how they do it. 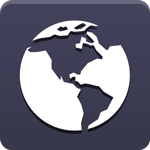 The PHP Language Detection Library uses a web service provided by languageLayer. Send them some text and they will return a list of languages that are candidates, as well as a main match that is most likely the language being used.

In addition to using this simple package, I will also take a brief a look at how the detection process works.

Using the package to detect the language of any text is very simple. Provide the text and read the result returned from the languageLayer API.

You can now instantiate the class and send any text to the API to be checked.

Languages use a specific alphabet, Latin for example, so the results can contain more than one language with each language detected containing:

language_name = The full English name for the language

probability = a numerical weighted probability, the higher the number the more likely text is this specific language

The more text provided, the greater probability that the language will be accurately identified.

There are several ways that text can be evaluated to determine the language it is written in. The simplest is to look at the character set, for example the Latin and Cyrillic languages contain different characters. Using this method, we can differentiate between English and Russian, however it will not be easy to tell the difference between English and Spanish, which are both Latin languages.

Another method is to look for specific character combinations known as digraphs and trigraphs. A digraph is 2 characters side by side and a trigraph is a set of 3 sequential characters.

Certain character groups will appear more often in one language than another which allows an algorithm to determine the likelihood the text belongs to a specific language. This method provides a better way to determine languages within the same character family.

The more languages which are supported, the more likely that certain languages will have similar digraph and trigraph sets. To further separate these similar languages we need to look for specific words that are more common in a specific language. As these words are located, our confidence grows that we have identified the correct language.

Since languageLayer supports over 170 languages, they have to use all the methods described in this article. The formula is simple, by comparing character sets, digraphs, trigraphs and unique words, any text can be evaluated to determine the language it is written in.

The hard part in writing your own application is developing accurate digraphs, trigraphs and unique word sets. These 'secret' sets are the power behind accurately detecting a language.

Fortunately for us, we just need to query the web service provided by languageLayer and let them do the heavy lifting in the background.